What is Radio Frequency (RF)

What is Radio Frequency? The Very Basics

Radio frequency (RF) is a rate of oscillation in the range of around 3 kHz to 300 GHz, which corresponds to the frequency of radio waves, and the alternating currents which carry radio signals. RF usually refers to electrical rather than mechanical oscillations; however, mechanical RF systems do exist.

Although radio frequency is a rate of oscillation, the term “radio frequency” or its abbreviation “RF” are also used as a synonym for radio – i.e. to describe the use of wireless communication, as opposed to communication via electric wires.

Electric currents that oscillate at radio frequencies have special properties not shared by direct current or alternating current of lower frequencies.

• The energy in an RF current can radiate off a conductor into space as electromagnetic waves (radio waves); this is the basis of radio technology.

• RF current does not penetrate deeply into electrical conductors but tends to flow along their surfaces; this is known as the skin effect. For this reason, when the human body comes in contact with high power RF currents it can cause superficial but serious burns called RF burns.

• RF currents applied to the body often do not cause the painful sensation of electric shock as do lower frequency currents. This is because the current changes direction too quickly to trigger depolarization of nerve membranes.

• RF current can easily ionise air, creating a conductive path through it. This property is exploited by “high frequency” units used in electric arc welding, which use currents at higher frequencies than power distribution uses.

• Another property is the ability to appear to flow through paths that contain insulating material, like the dielectric insulator of a capacitor. When conducted by an ordinary electric cable, RF current has a tendency to reflect from discontinuities in the cable such as connectors and travel back down the cable toward the source, causing a condition called standing waves, so RF current must be carried by specialised types of cable called transmission line.

To receive radio signals an antenna must be used. However, since the antenna will pick up thousands of radio signals at a time, a radio tuner is necessary to tune into a particular frequency (or frequency range).This is typically done via a resonator – in its simplest form, a circuit with a capacitor and an inductor form a tuned circuit. The resonator amplifies oscillations within a particular frequency band, while reducing oscillations at other frequencies outside the band. Another method to isolate a particular radio frequency is by oversampling (which gets a wide range of frequencies) and picking out the frequencies of interest, as done in software defined radio.

The distance over which radio communications is useful depends significantly on things other than wavelength, such as transmitter power, receiver quality, type, size, and height of antenna, mode of transmission, noise, and interfering signals. Ground waves, tropospheric scatter and skywaves can all achieve greater ranges than line-of-sight propagation. The study of radio propagation allows estimates of useful range to be made. 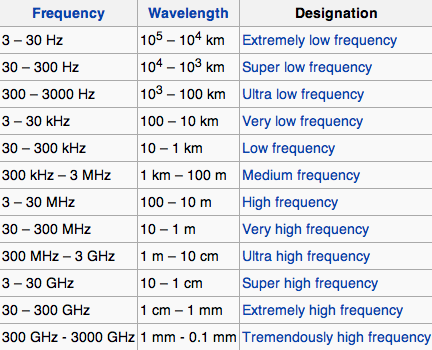 We invite you to contact us directly for more information o.

We are now recruiting Electronic Engineers (Qualified and Trainee/ Junior)