Plasmas are a lot like gases, but the atoms are different, because they are made up of free electrons and ions of an element such as neon (Ne). You don’t find naturally occurring plasmas too often when you walk around. They aren’t things that happen regularly on Earth. If you have ever heard of the Northern Lights or ball lightning, you might know that those are types of plasmas. It takes a very special environment to keep plasmas going. They are different and unique from the other states of matter. Plasma is different from a gas, because it is made up of groups of positively and negatively charged particles. In neon gas, the electrons are all bound to the nucleus. In neon plasma, the electrons are free to move around the system. 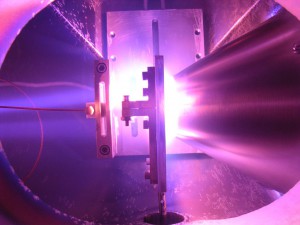 While natural plasmas aren’t found around you that often, man-made plasmas are everywhere. Think about fluorescent light bulbs. They are not like regular light bulbs. Inside the long tube is a gas. Electricity flows through the tube when the light is turned on. The electricity acts as an energy source and charges up the gas. This charging and exciting of the atoms creates glowing plasma inside the bulb. The electricity helps to strip the gas molecules of their electrons.

Another example of plasma is a neon sign. Just like a fluorescent lights, neon signs are glass tubes filled with gas. When the light is turned on, the electricity flows through the tube. The electricity charges the gas and creates plasma inside of the tube. The plasma glows a special colour depending on what kind of gas is inside. Inert gases are usually used in signs to create different colours. Noble gases such as helium (He), Neon (Ne), Argon (Ar), and Xenon (Xe) are all used in signs.

You also see plasma when you look at stars. Stars are big balls of gases at really high temperatures. The high temperatures charge up the atoms and create plasma. Stars are a good example of how the temperature of plasmas can be very different. Fluorescent lights are cold compared to really hot stars. However, they are still both forms of plasma, even with the different physical characteristics. 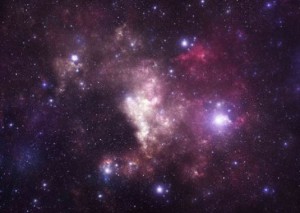 We invite you to contact us directly for more information on Plasma.

Visit Alastair Stuart and Marc Cameron at SPIE Photonex + Vacuum Technologies on the evening of Tues 28th and...

Role Summary: As a trainee first line engineer in a high tech environment, you will be working initially within our...

Marc Cameron, Business Development & Operations Manager has been a valued employee of RF Global Solutions over the last 15...

WE ARE NOW RECRUITING ELECTRONIC ENGINEERS

RF Global Solutions are delighted to announce that we will be returning to SEMICON West in December shortly after...